Artist, writer, award winning stop-motion filmmaker, prosthetics designer for theater, television and screen, John Dods has graciously allowed these diagrams and images of his design for overhead puppetry rigging to be shared here. 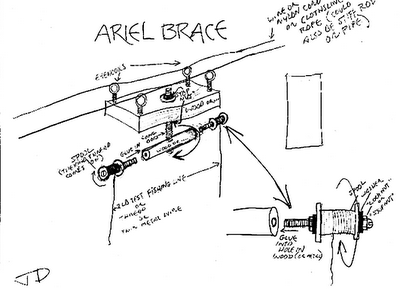 Diagram of the brace drawn by John. 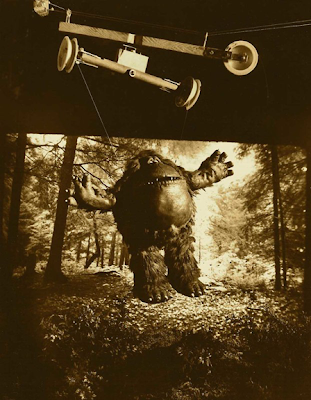 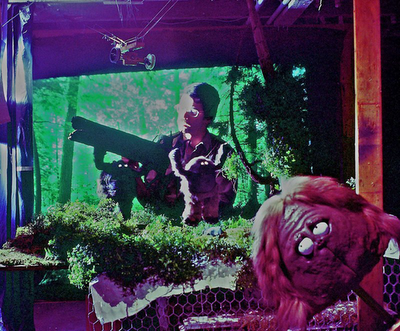 The Brace being used on set of Forest Story. 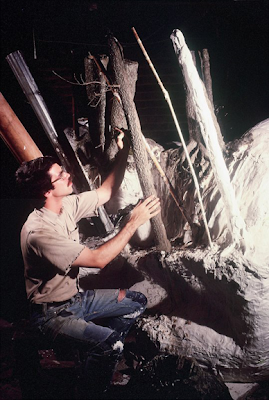 John working on the set for Forest Story, not showing the Brace, but showing a great deal of John's skill at naturalistic detail. 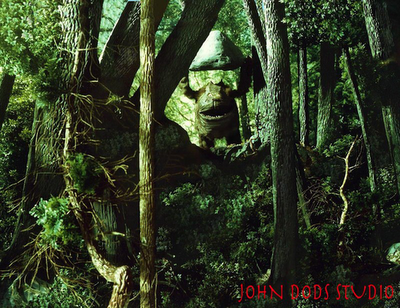 John's remarkable finished Forest Story set piece. Magical, and believable. Thank you very much, John. And thanks to animator Brian Prosser for contacting John in hopes this design would be of use on Halfland.
Posted by Shelley Noble at 4:41 PM