Put the Petal to the Metal 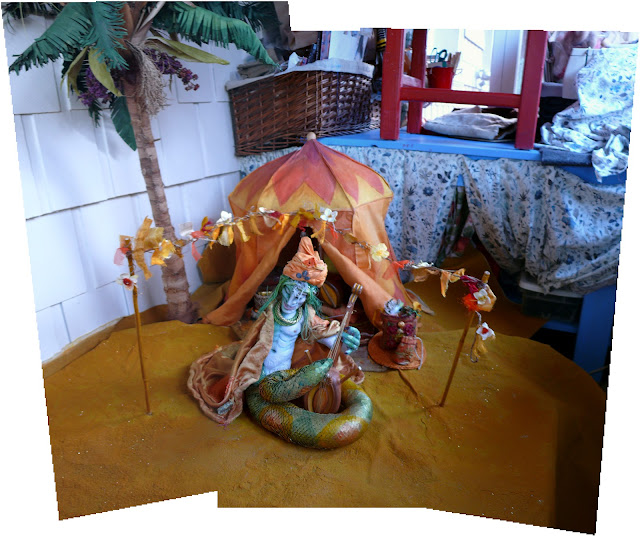 As soon as the Urhu puppet was finished, I thought it might be good to see whether I could find a spot to set up the Desert Set to at least shoot some close-ups on the character for part of the trailer sequences. I took a few plastic storage bins to the closet-sized breakfast nook where I keep my sewing table because it had loads of windows and great light in the afternoons.

As I filled up most of the available floor space with this partial set up, there isn't enough space behind the tent to install a background sky and distant sand dunes. But I'm hoping to at least shoot something productive there. Hopefully, the entire Desert set can be set up later to the side of where the Main Cottage sits in a bedroom, sharing the Day portion of the sky after the bug party gets shot and is put away. Consider this a Desert holding pattern until the real shooting runway is cleared for take off. Worst case, I can transport the set up you see here to the actual beach for outdoor long shots. We'll see. 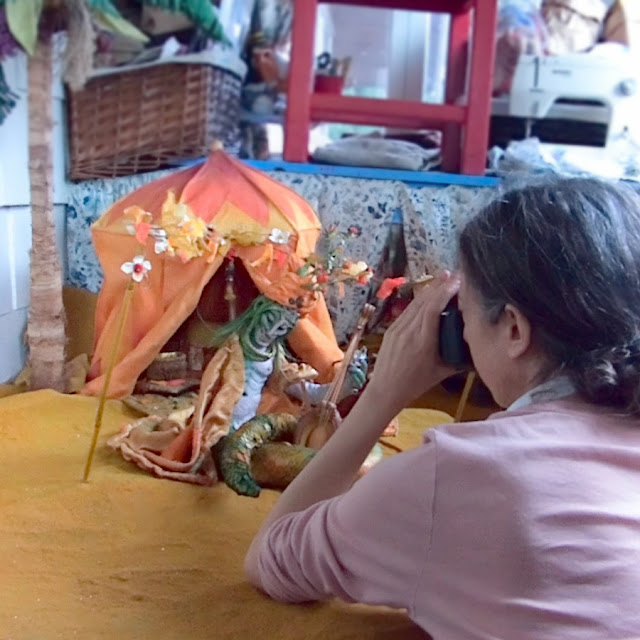 If I sit on the floor, I can scootch up close for some of the tighter shots, as long as I don't show anything behind the tent. The Dick Kaneshiro camera smooth-mover can rest along the edge of the boxes holding up the sand blanket for some of the panning.

Bases for the palm tree and tent were screwed in through the sand blanket into the plastic boxes with short screws to secure. Instruments and decorative posts were installed through cut holes in the blanket surface. Puppet was tied down via a heavy bracket screwed into the seat of him and then down into the set. Only his head, arm, and tail tip will need to move.

The sand blanket worked amazingly well overall. It's flexible, and yet not a single grain of sand comes loose, no matter how I drape and shape the cloth. I can dune it. 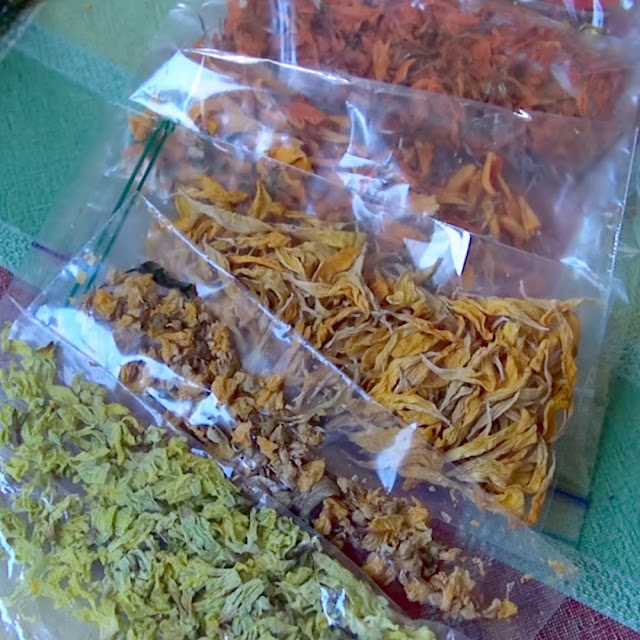 Saved and dried flowers, sorted by color, await being glued to the bottom of Urhu's robe and on the sands around him, symbolizing past thoughts.