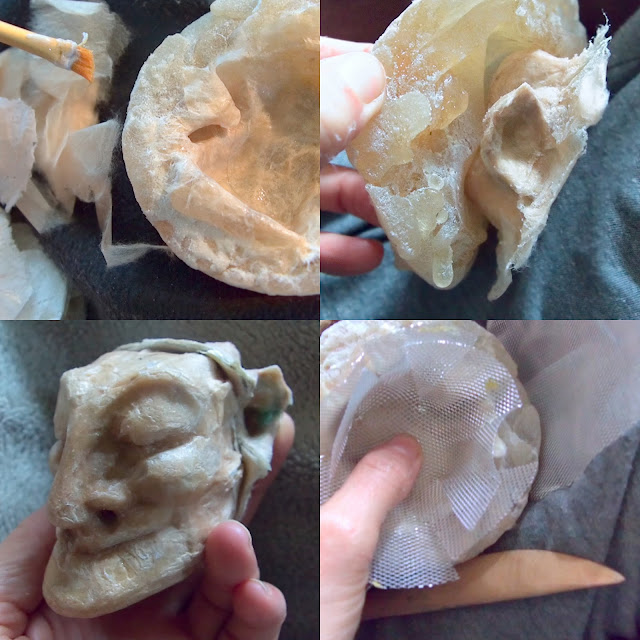 Loving the Composi-mold! Made a second part of the back of Urhu's head, mainly to include the ears as they are an important feature for this character.

Using my torn Tengo washi and Fray Stop glue mâché technique, I was able to make a strong, multi-layered part. To help keep its shape, I used small expandable wire mesh as one of the layers, in between paper.

I was delighted by how the molds made with Composi-Mold flexed without damage and released the part without the use of a release of any kind! In love. The mold material is reusable but I'm thinking of keeping the face front mold intact, for archiving, and buying MORE Composi-Mold for additional puppets upcoming. 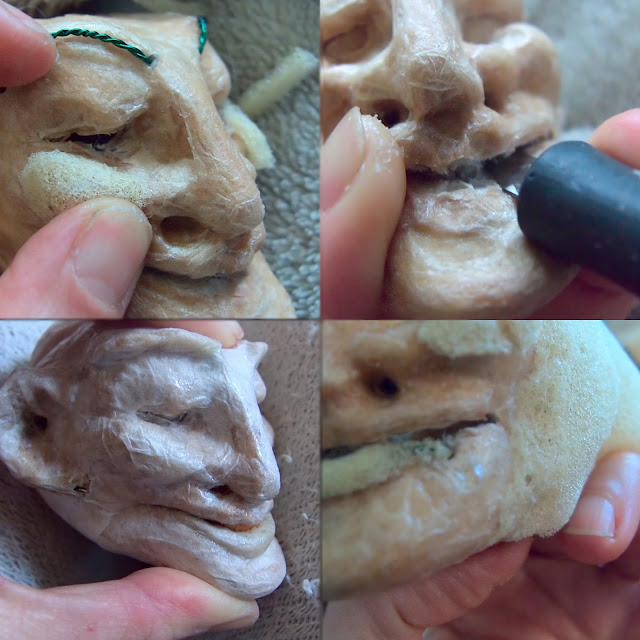 Once the head parts were released from their molds, I set about slicing the eyes and mouth open with a blade, adding wire-filled brows and bottom lip, and thin foam over cheeks and jowls, to help the puppet keep its structure during animation.

I also stuffed the prominent chin hard with wooden beads and crammed whetted paper as grabbing it will be my only way to change his jaw position from closed to slightly open. His nose, chin, and upper lip were reinforced with heavy wire and wood during the casting process from the inside as I didn't want these faces to become too malleable as their scene goes on.

I'll hope to have some gentle expression changes from this character chiefly by altering his brows and mouth.

Next post, see how his pearl eyes were rigged from the inside and how his one hand was finished...
Posted by Shelley Noble at 4:13 PM