I have no idea whether this is really real, whatever that is, or Photoshopped or what but the idea is utterly Halflandian and striking. Tumblr The Lifting of the Veil reports that roots of trees in North Carolina have taken shape as emerging human forms. Nature beats me to it everytime.

Anthropomorphic Tree
Anthropomorphism which is the recognition of human-like characteristics or form in animals, plants or non-living things. This tree, which can be found in the Outer Banks of North Carolina, has roots which have taken a human-like form. 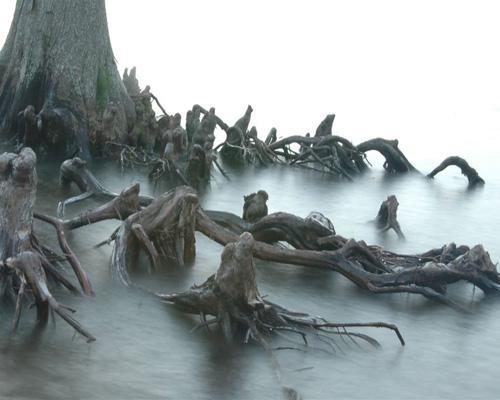 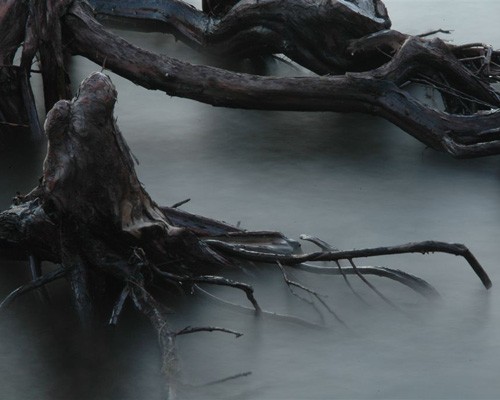 I'm delighted to present to you... at long last.... TICO The Writing Mouse (larger scale puppet)! Here he is with me and his smaller scale double. I love how he looks running amok in my canned goods and hiding out in a teacup. His little version has had his latex paws and tail repaired with Omnigel. And now has a green neckerchief like the big guy. They wear different nut caps but both look great.

The small scale puppet for Writing Mouse (seen upper right in upper left square) was made 20 years ago. The larger scale version was needed for the Mouse House interior sequences. You can see the way I attempted to match him in crudeness and lack of movement while giving him more articulation in his expression. Build up style on dead simple Almaloy armature. Used tacky glue to fill out his shape with polyfiberfill, held until dry by a length of fine wire. His ears are a doubled piece of copper foil so they'll be readily positionable. Snout and bottom jaw wired to move and 3-toes and fingers built up with Omnigel.

Thin textured non-stretch fabric was sewn on for skin and fur, later painted to match. Back of ears flocked in custom grey. Tail had to be snipped off and re-attached further toward the end of his spine. D'uh. You can see how it was straight through him at first (first photo) and to where it was moved (upper right above). Beads for eyes and teefus. Had to carefully add longer hairs of white by cutting clumps from a longer length faux fur and sprinkling the fibers onto a lightly coated matte medium surface. When he was all done he checked out his house (smoking his pipe seen through the hole lower left) And reading the news atop a match box.

His glasses were made so easily (compared to the smaller pair) from a gauge I had on hand that I felt was correct. I used micro thin brass wire to secure the frames. I used purple sewing thread to wrap the arms and the bridge, just like the genuine antique frames I have embedded in his set. For the small pair years ago, I used liquid starch that became the lenses when dry. This time I used a non-toxic urethane glue (seen lower left above dried in the new frames and as a dried disk between my fingers). Lower right Tico models his favorite natural pod cap. His whiskers were made from stiffened faux fur strands.

He looks so sweet reading in his chair. And out back in the macro set, and climbing dandelion stems, or even checking out a our-world pencil. (A Ticonderoga #2, and how he got his name.)