Clawing back from too long an absence to tell you that back in the summer I was delighted to receive another visit from artist and art instructor, Deborah George. She was triumphant over the task from the year prior I'd given her to produce the Painting Chicken puppet for the series.

It took her a year's worth of very hard work to construct. Apparently, placing each tiny natural feather by hand was a sisyphean nightmare to do, with lots of glue maddeningly sticking to fingers and tools. 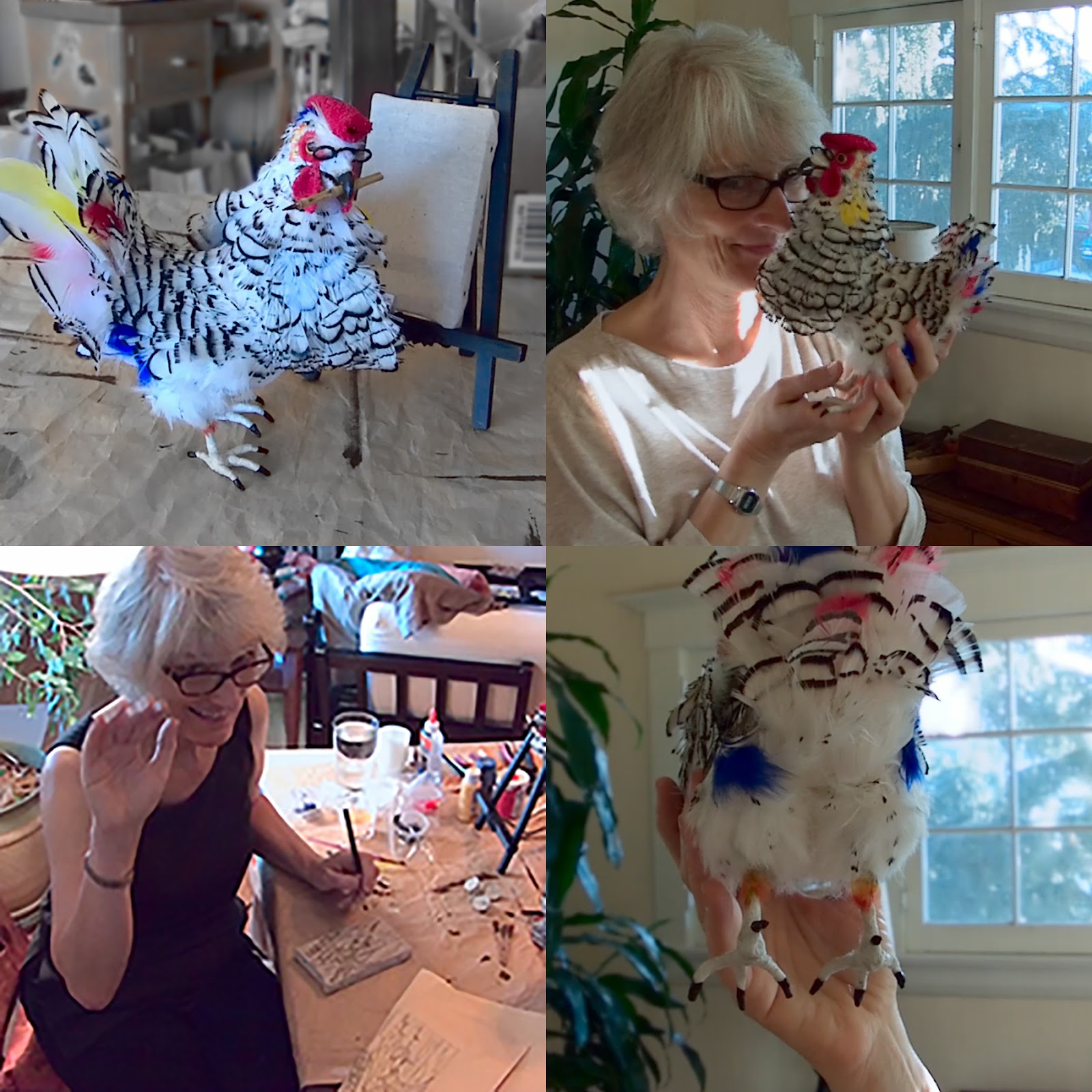 But did it she did! And a better person I could not have chosen for this as Deborah is an avid avian expert, keeping Conure variety of birds as beloved pets for many years. She was even able to raid her own birds for molted feathers and hand ink them when her stock piles needed filling-in on Motif's fantastic duff.

The concept was a black and white chicken with a few outlined feathers colored-in. Deborah did an outstanding job and added the touches of specs and an artist's beret for his comb. She rigged the wings to curve around a palette and to hold his paintbrush for Motif's limited animation movements. He will be tied down to the set with wire and strong glue. His head swivels nicely.

When here, she also made his finishing props for the scene, a pod with pigments and extra mixing brushes, paints (obviously made with egg yolk binder) that sit across the bottoom of an easel holding hand stretch miniature canvas.

She also skillfully sketched the 1/2L landscape from the Chicken Painter's pov with its underpainting. He'll be seen painting plein air near the cottage for just a few moments as the camera features surprising vignettes of creatures doing interesting things. Well done, Deborah and thank you so much.
Posted by Shelley Noble at 8:10 PM 4 comments: