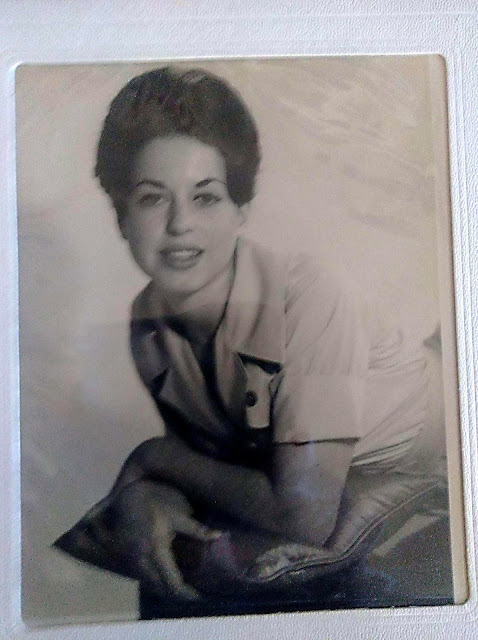 I heard a few days ago that my mother and her husband were both found deceased in their home. They've been examined by the coroner and cremated. An investigation as to their causes of death is still pending. Family members have been told it doesn't appear to be foul play, Covid, or suicide, nothing appeared to be disturbed.
They were preparing a webinar for her husband's chiropractic practice to stream live on her birthday April 19. She sounded well on the phone to her youngest sister on the 17th but by the 19th no calls were returned. A welfare check was requested by my aunt for the couple who had newly settled in another state. Right now my guess is a carbon monoxide or gas leak inside their apartment. This place was likely nowhere nearly as fancy as their previous homes together. They chose to live as though they were wealthy. The right McMansions, the leased expensive cars, glamourous clothes, and rich food, etc.
My life with my mother was difficult. She gave me life in a hopeful way to escape the madness of her family when she was barely 19 years old, married to a young man, with his own traumatic childhood, things went violent straight away. He was horrifically tortured by his mother and father and knew no other way of parenting me. I was locked in closets to sleep and held underwater to stop me from crying. My cereal was thrown in my face in the highchair because I couldn't repeat back the alphabet at 6 months old.
Once out of the marriage and with sole custody and no visitation, feeling like she'd made the worst mistake of her life (spoiler: she had), she made the choice to live her life exactly as she wanted, as if I hadn't been born.
I was left alone as she went out and dated in the triple digits throughout the '60s and '70s, women's liberation, mod career girls, birth control. And when that didn't work, abortions. (I was one as well, just a little later than the others.)
Being left alone and criminally neglected without basic care (example: I never bathed nor brushed my teeth, was never shown to, so my hair always looked wet and kids on the street would ask why and tease me about it. I used to scrape thick plaque build-up off my big front buck teeth with an unbent paper clip and damaged my enamel until recently repaired) wasn't the worst of it. When we were together she would act out her mental-emotional issues in fits of uncontrolled wailing and anger toward me. Frothing at the mouth, tears, destroying, belittling, damaging. So you see, being left alone all those many hours with a little black and white tv was pretty nice indeed. I spent a lot of nights crying wishing for a loving family like the ones on that little black and white tv.
I raised myself. I didn't eat much or need any clothes or extras, I wasn't any trouble. I couldn't be. We had no love for each other, no connection on any level, no respect, yet the semblance of mother and daughter relationship carried on until 15 years ago or so. I continued to try to delight her, entertain her, impress her without realizing it could never actually happen. So strong is the human need for family dynamics, I simply persisted, making gifts, doing as she asked.
At about 8 years old she sent me to the local park pool to swim, walking alone in a tough city, wearing only my bathing suit and a shirt when a low rider car paced me near the park. It was filled with large dirty men and the hair on the back of my neck went up. I didn't know yet what sex was, but I knew what they were going to do to me and I feared that death. I quickly began waving frantically and shouting out the name "Steve, Steve!" pretending like I saw an invented man I knew in one of the houses that had toys left out front. At that, the car with the men sped off from the curb where they were just about to grab me and you know the rest. There was no one at that house I ran to. So if my act hadn't worked, well, no Halfland.
My mother always seemed to me to be a little disappointed I survived all the many times like that.
I tell you all this as the backdrop for my official memorial for my mother as follows:
(I will list here the five sole moments in our life together that meant something to me.)
1. She gave me four things that any one of which would be enough to have endured all the rest.

2. Embroidery floss. One day she called me on her way home from work and asked if there was anything that I needed from the store. This was a first. Asking me anything about what I might like never had happened before or since. I mentioned that I could use a little more embroidery floss, thinking that it was small and inexpensive (25¢) so not too much to ask for. When she got home she tossed a little brown paper sack on the counter and watched as I looked inside it to find an array of those little floss skeins in wonderful colors. I think I cried over receiving that gift. The abundance of colors and so many when I'd only asked for one was overwhelmingly kind. I still sort all my colors with total joy.
3. For all the monstrousness throughout my family line (I haven't told you about it because you could never ever believe the story) in addition to being insane and diabolical, almost all of my people are also fine artists, largely painters. And one day, just one day in my life, my mother decided to get some proper painting supplies and drive us out to some woods to paint al fresco by a creek. As I write this, I'm now wondering if I was supposed to make it back. Still, at the time, it was nice she wanted to do something together, even if her intention wasn't that.
4. "The Book of Life". She wrote a song once when she was young and it was about me. I had somewhere a cassette tape of her singing it with a guitar and it was truly lovely and haunting. I memorized the lyrics and will post them on the underground but the tones and chords of it are what made it come alive.
Struggling to find a fifth thing. I guess if I'm being honest, there were moments where I hurt her as well. I was always judging how she conducted her life, I was much more the parent. She'd often make me her advisor and I learned quickly what things to say to people, a good skill to have. And I can see that there were fleeting moments when she tried to warm to me and her role as a working single mom. But by then it was too late. I knew the drill and to not trust her. How sad for both of us.
It was never easy to be her I imagine. Never being contented. Even after marrying her long-desired "wealthy doctor" she still sought the elusive undefinable successes that can quite never be enough once attained.
5. I guess number 5 is that even though she often tried to get rid of me in boarding schools (where I dreamt of food because no one told me I could ask for food) or with relatives (tossing me on a plane alone at 6 years old to live with another neglectful family so she could travel. On which I held my urine until I cried in pain because no one told me there was a bathroom on a transatlantic trip.) she did step up to provide me with food and shelter at least. Some don't get that.
So that's it. My official memorial for my mother. There'll be no ashes of her in my house, nor any knick-knacks. I want nothing from her ever again. I'll take those five things in my heart and wish her well on her soul's journey and let the rest of it all gradually diminish like the surf recedes from shore into the dark night sea.