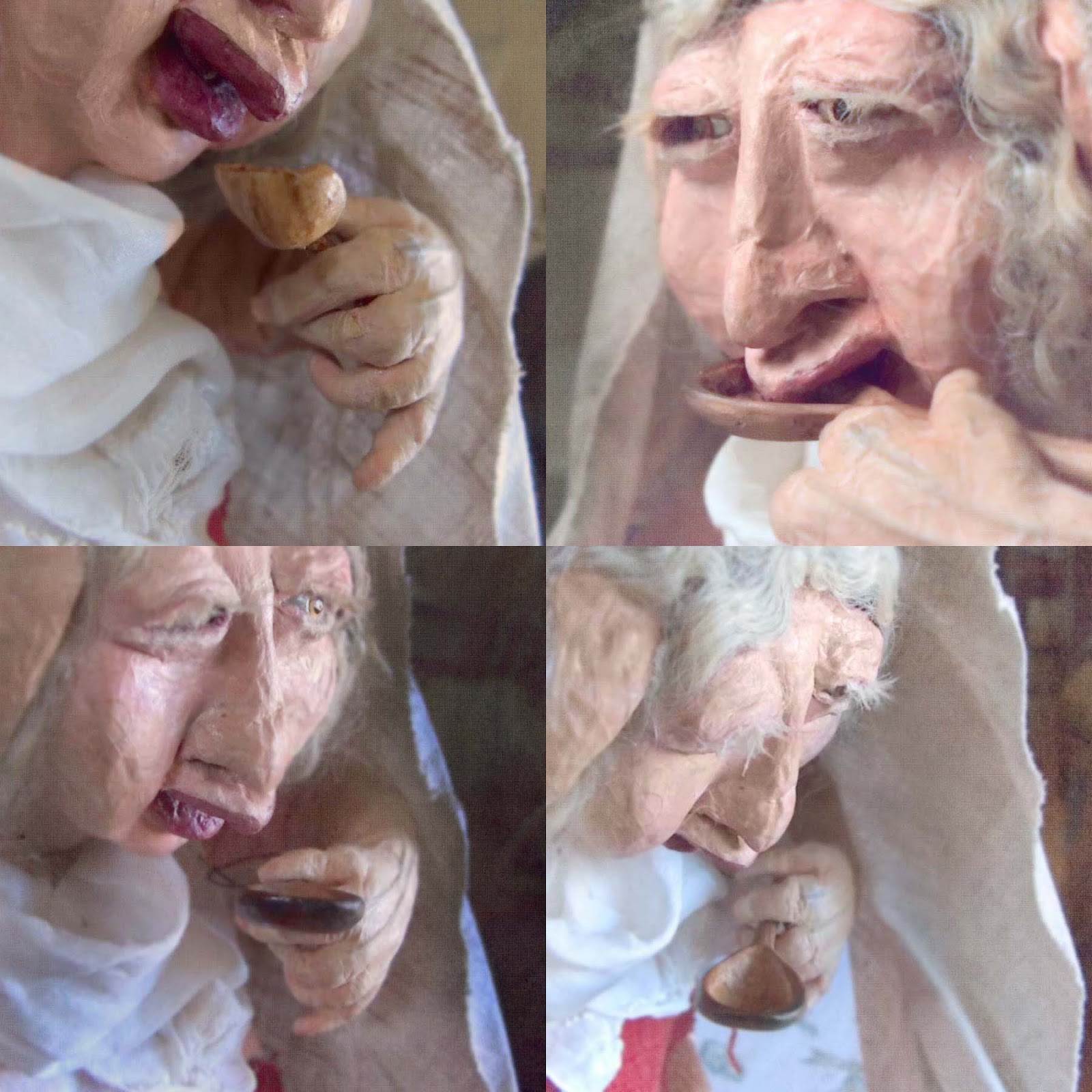 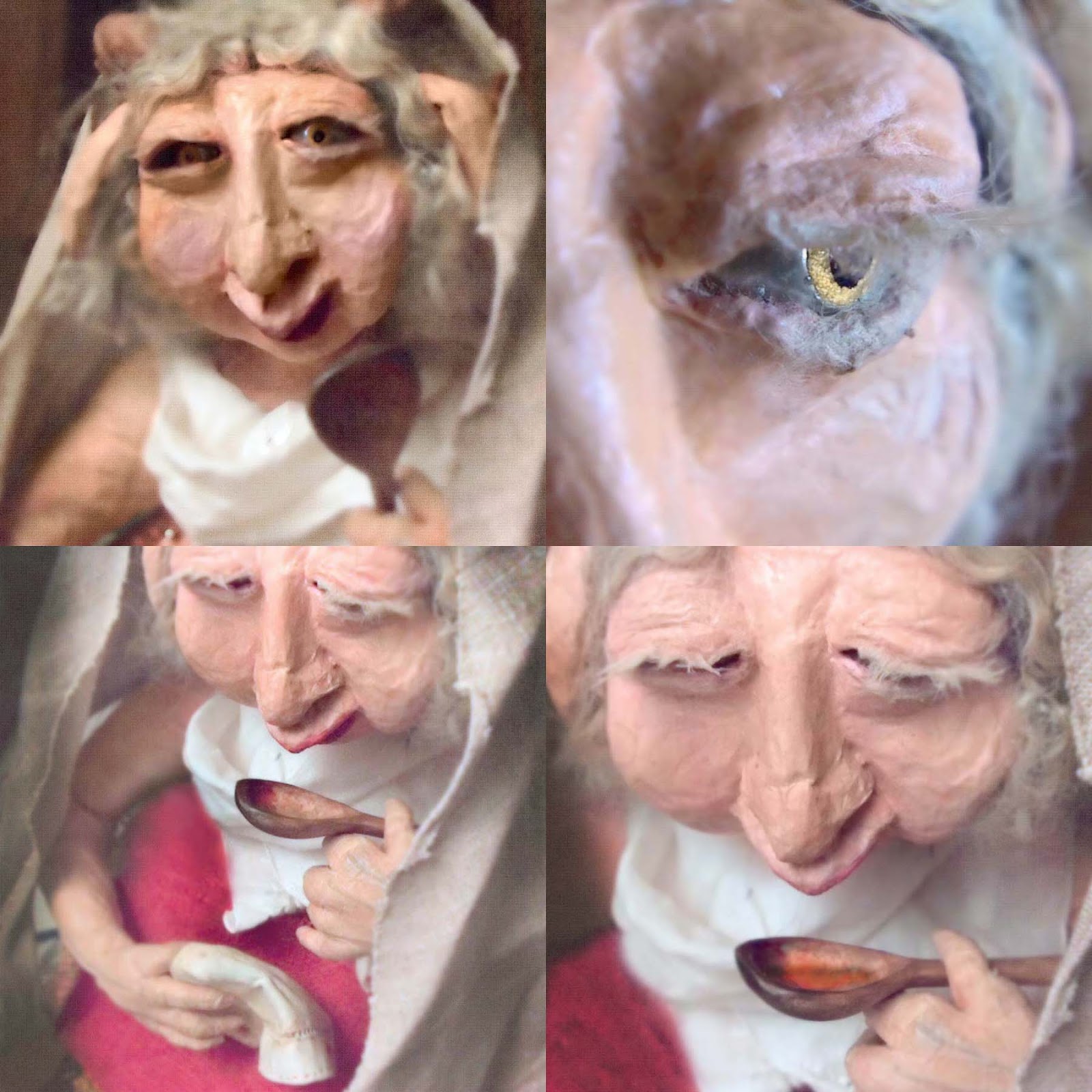 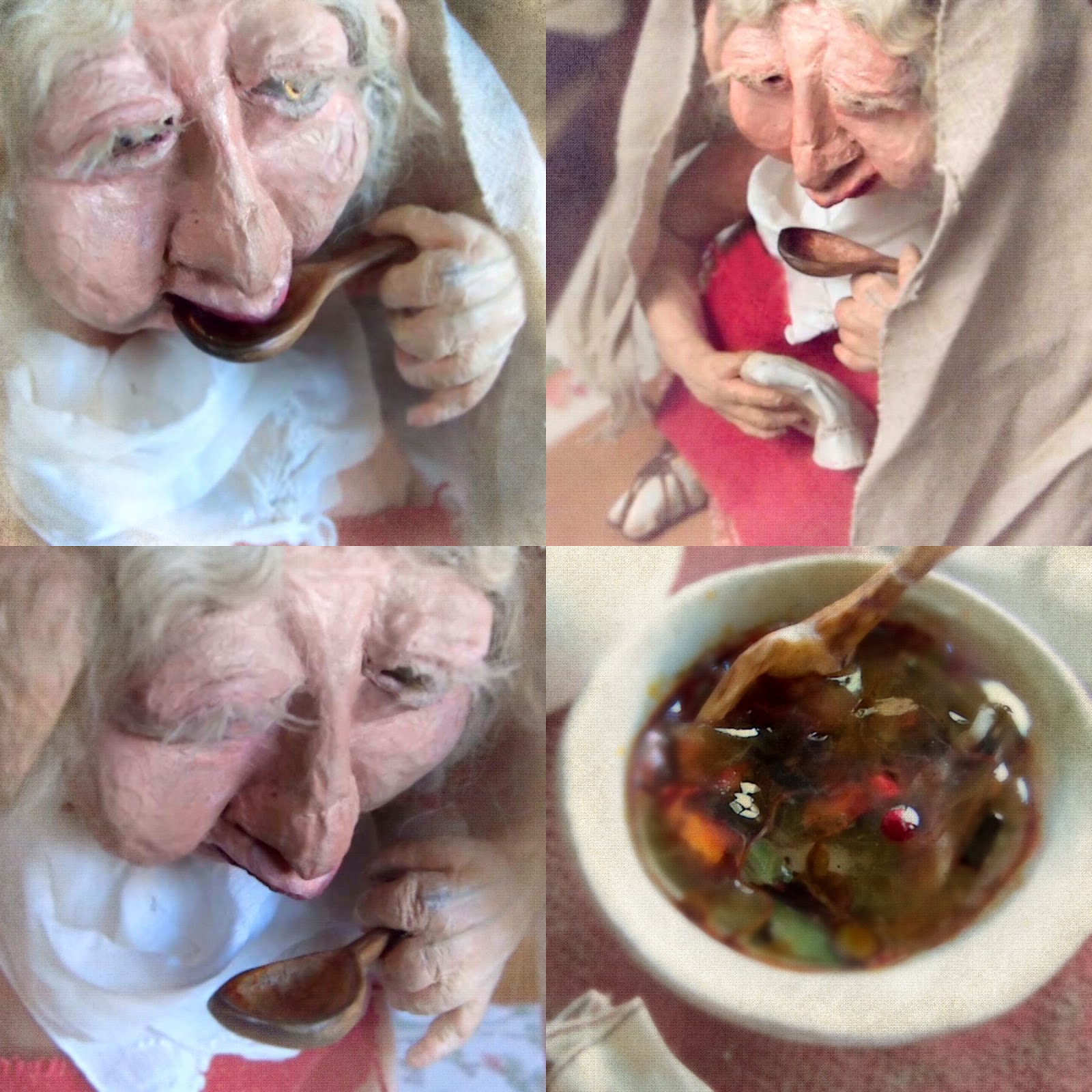 A spoon carving prompted a preliminary camera test of Rana. I like how cinematic she looks. There's more surface texture on her face than I intended but it may be alright as it makes the whole movie looks for sure 'handmade' and slightly less in the creepy canyon.

She was harder to articulate than I had hoped she'd be. But I'm going with it. Pencils Down. Even if that means she can do less. I am thinking she'll be interesting to look at enough even if hardly moving.

Ended up using the spoon I'd made for her soup pot years ago as it seems I've lost the ability to carve a nice spoon. The new one is now in the prop soup (lower right). The new soup is super effective thanks to the gift Mike Brent gave the project of a jar of Museum Gel. I layered soup bits in about four layers of rolled out gel. The gel flattens itself out to a high gloss after about an hour or so and will nevah dry out. I tinted it by mixing ink into clear glue and using that as the penultimate layer.