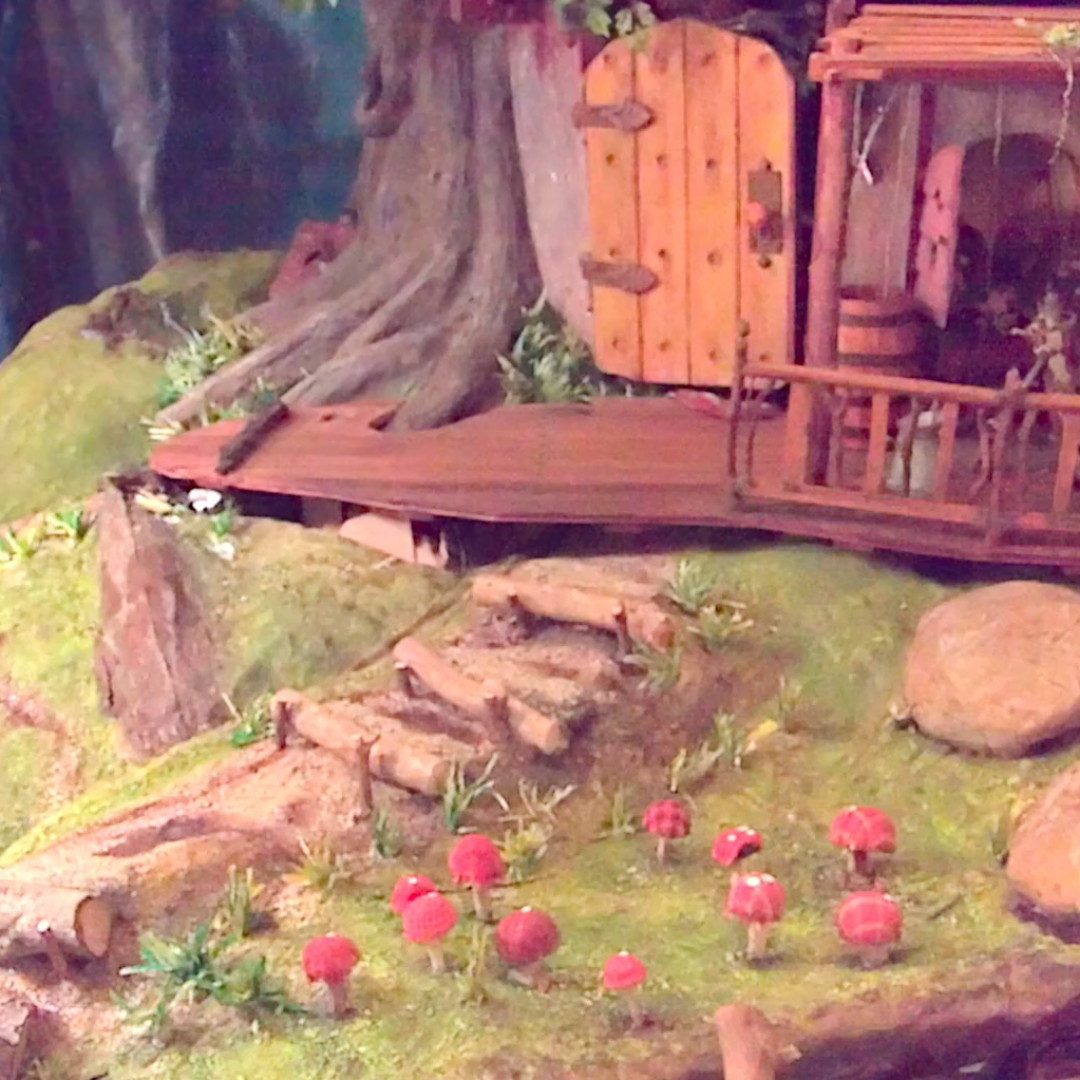 
Come along, you're invited to see what's going on after hours in Halfland.

Here's a little preview of the sound design for the Bug Party scene. It's just two low res still shots of the set in the dark with a few tracks thrown into After Effects. My very first attempt with the program. Had to start somewhere.

I've actually collected many dozens of sound files for Halfland just last month. I believe to have 97% of all audio that will be needed for every scene of the film, from the pond to the desert. They've all been gathered into scene folders, labelled, organized. Ready to drop into compositions.

This was a huge milestone for the project and brought to light several surprising realizations about actions and the nature of of what happens. It helped me visualize each moment in a more concrete way which made everything even more tantalizing for me.

You will laugh so hard when you see what's making that horn blow at the party! xoox