It all started with this post on Cute Overload (a source of MANY real life ideas stolen to use in Halfland). The clip shows a Rhodinia fugax caterpillar being gently touched on the tush and the squeaks it makes in defense.

The Halfland version wears a party hat and has a tooting party favor in its mouth. His bottom is getting pressed by a delicate long-limbed four-legged colorful spider hiding under a rock crevice.

Every time tootles gets tickled he lets out a party horn blast. (preview the sound here). I knew the pinch-er had to be lightweight enough so that the gag wouldn't cause any concern of harm for the viewers. A stronger bug pinching him might make people feel as though the caterpillar was being eaten or injured. It's still creepy, I think because the spider's legs are so long, even with just four legs instead of eight. But I tried to make it less threatening using cheerful stripes and bright colors. 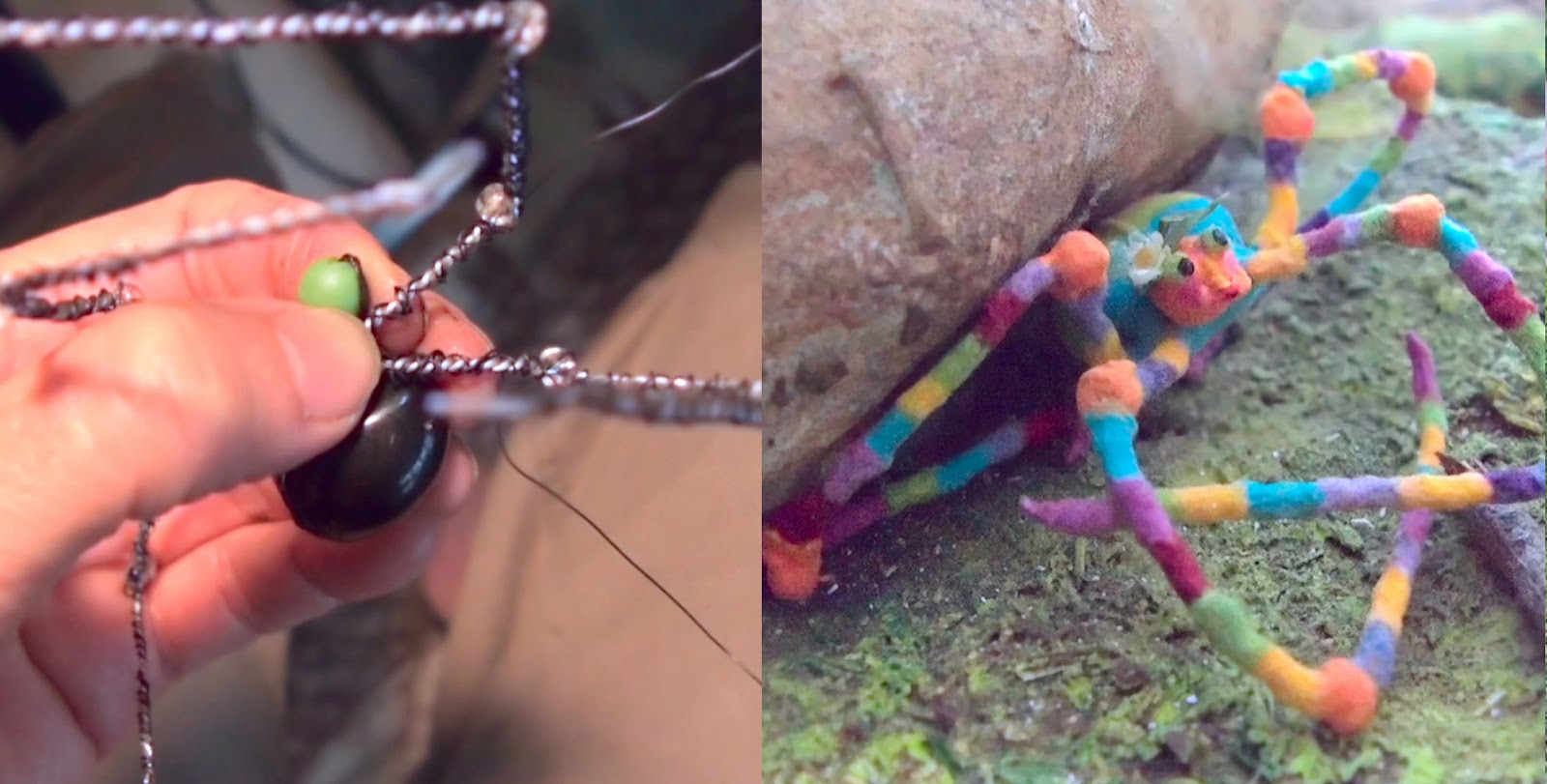 Using seed pods, beads and aluminium alloy wire, the most non-threatening spider I could make. She even has a wee flower behind her ear.  She's finished with custom-mixed flocking powders for a soft velvety texture.

The pillar's tush squeeze is made animate-able with a blob of Fun Tack under his green rubber glove skin. It can depress and return over and over without drying out. His party horn ticklers are wired to coil and unfurl with each toot.
Email Post
Labels: Bug Party bugs gags puppet building