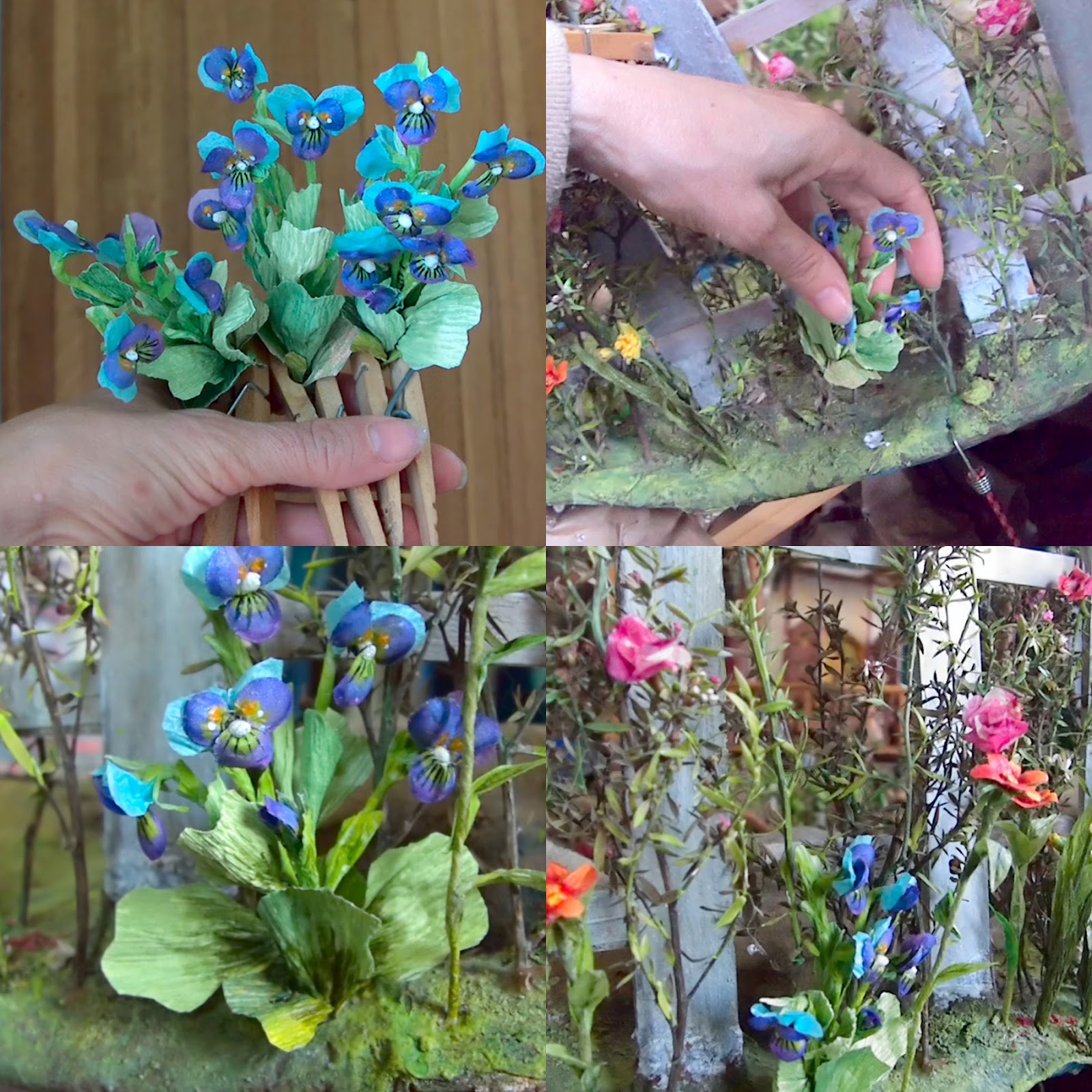 Wanted to make blue and lavender pansy flowers for the foreground fencing set very much. Tried not to*. Didn't work. Made em. Planted em, in three clusters, with holes and glue directly into the landscape. So now, along with the orange, at least there's more fullness to the color spectrum there. (It's only inside Rana's home that the color palette narrows to reds/wines/berries/ochers/pinks exclusively.) I feel done with it now**.

The fence/gate set will likely appear in the wide angle view (furthest away) of the cottage set, perhaps some butterfly on flower action shots, any possible interstitial title shots for chapter starts, etc., but primarily will open the bug party sequence to show how small the bugs are by contrast.

The post is done but here are two more whines to sip on:

*So far I have NOT been able to actually leave things well enough alone on Halfland. Whenever I try to cut items out to get done more quickly it'll gnaw at me until it's easier to just do the bloody thing I said I wouldn't. I have successfully cut out the Marching Ants and the Queen Bee so far until all else has been filmed.

**Can't wait to shoot the bug party so I can stow these large set pieces away to regain working room around the main set. I'm currently walking sideways and can't even reach the far side at all for more than a year.
Email Post
Labels: floral picket fence set building