Finally done and already at work at Rana's bedside table, the Knitting Beetles are done. How they were made, below. 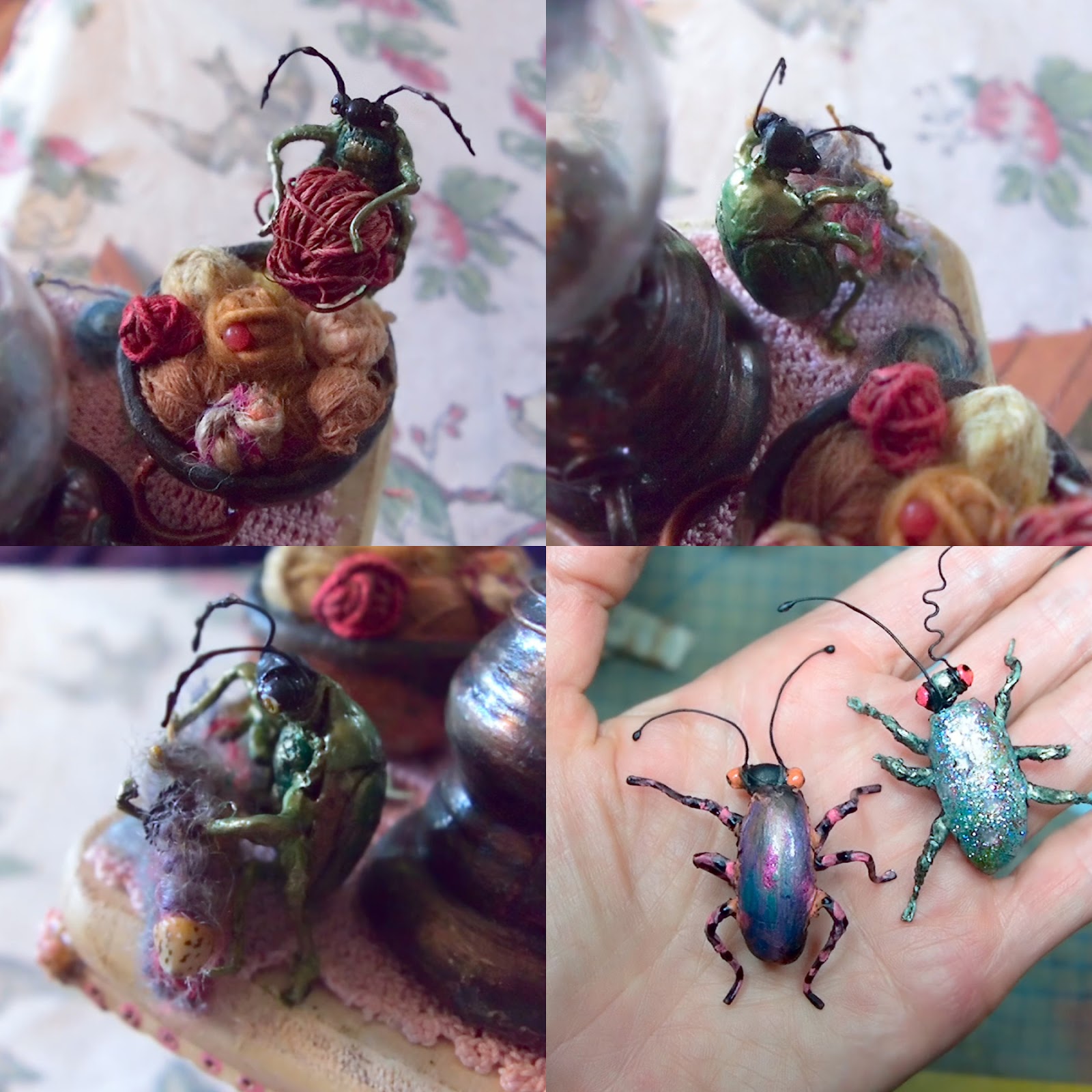 One rolls the yarn balls, one knits on tiny mushroom stalks. They are both well secured into their places. The rolling beetle rolls the yarn by a rod running through the ball. /his wire arms will just move as though he is rolling while the yarn ball will roll independently frame by frame.

I added texture and detail and color to them after they were fully secured to the mini set which added a lot of challenge. Stayed away from making them too accurately "beetle-like", making heads a bit bigger, etc. to keep the creep factor down. (The extra two bugs made got dressed in their most festive duds and will be attending the bug party, w00t! No waste.) 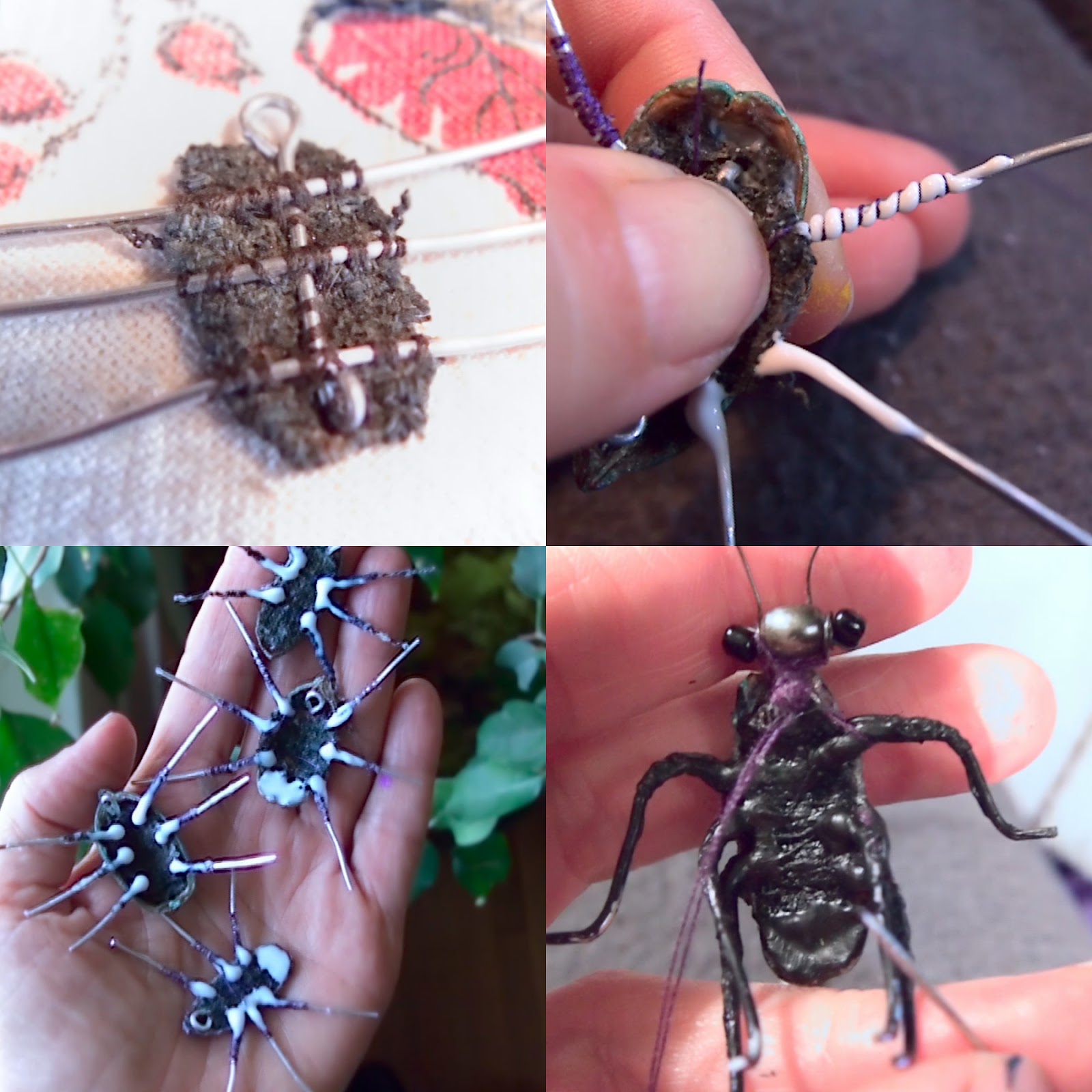 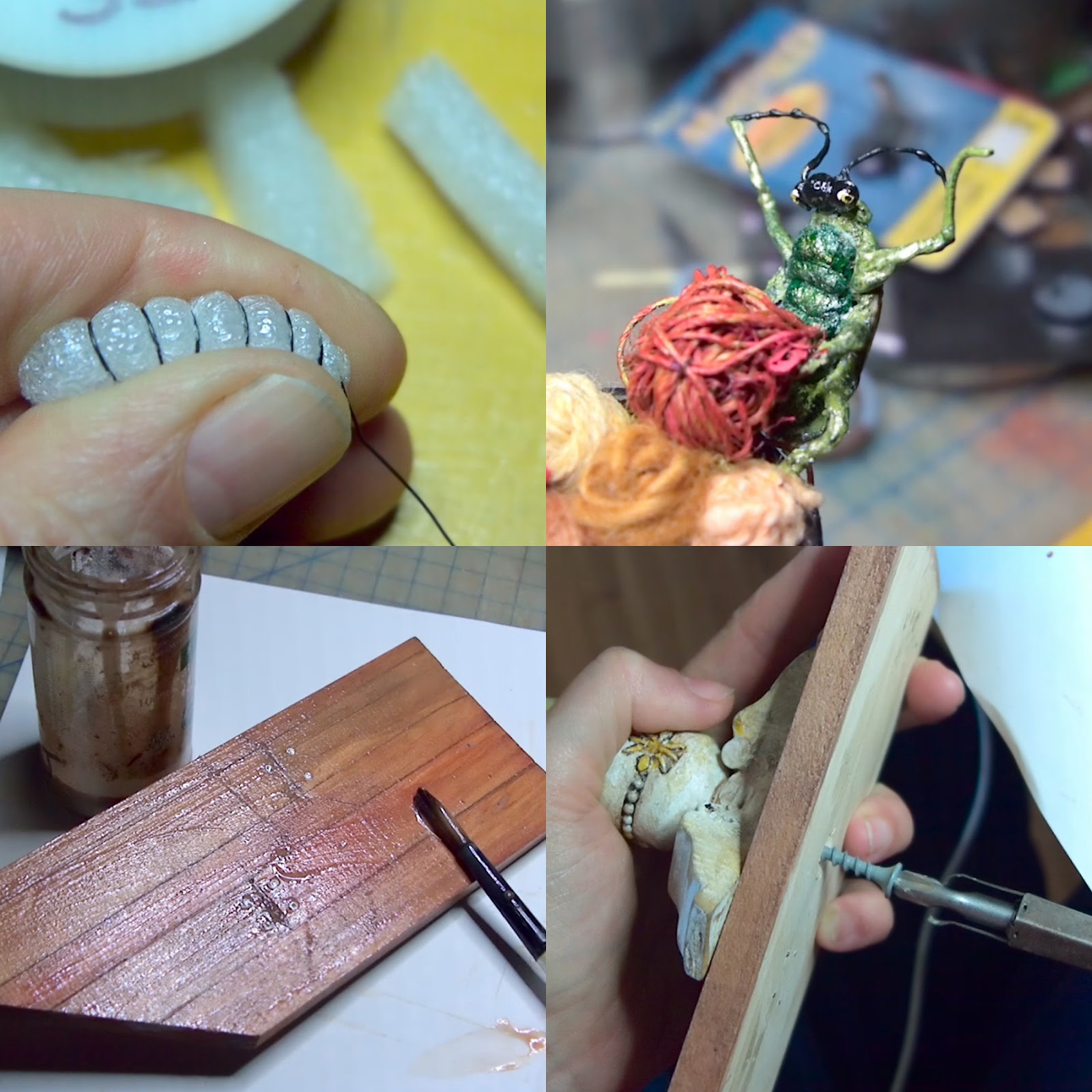 Beetle tummies were made from soft cell foam wrap wrapped with steel wire and shoved into the bug's undersides. Once done, the vignette was installed onto Rana's nightstand which in turn was attached to an independent portion of cottage flooring so they can be secured to the set floor and removed in one solid piece.
Email Post
Labels: cottage interior knitting beetles puppet building Rana's bedroom