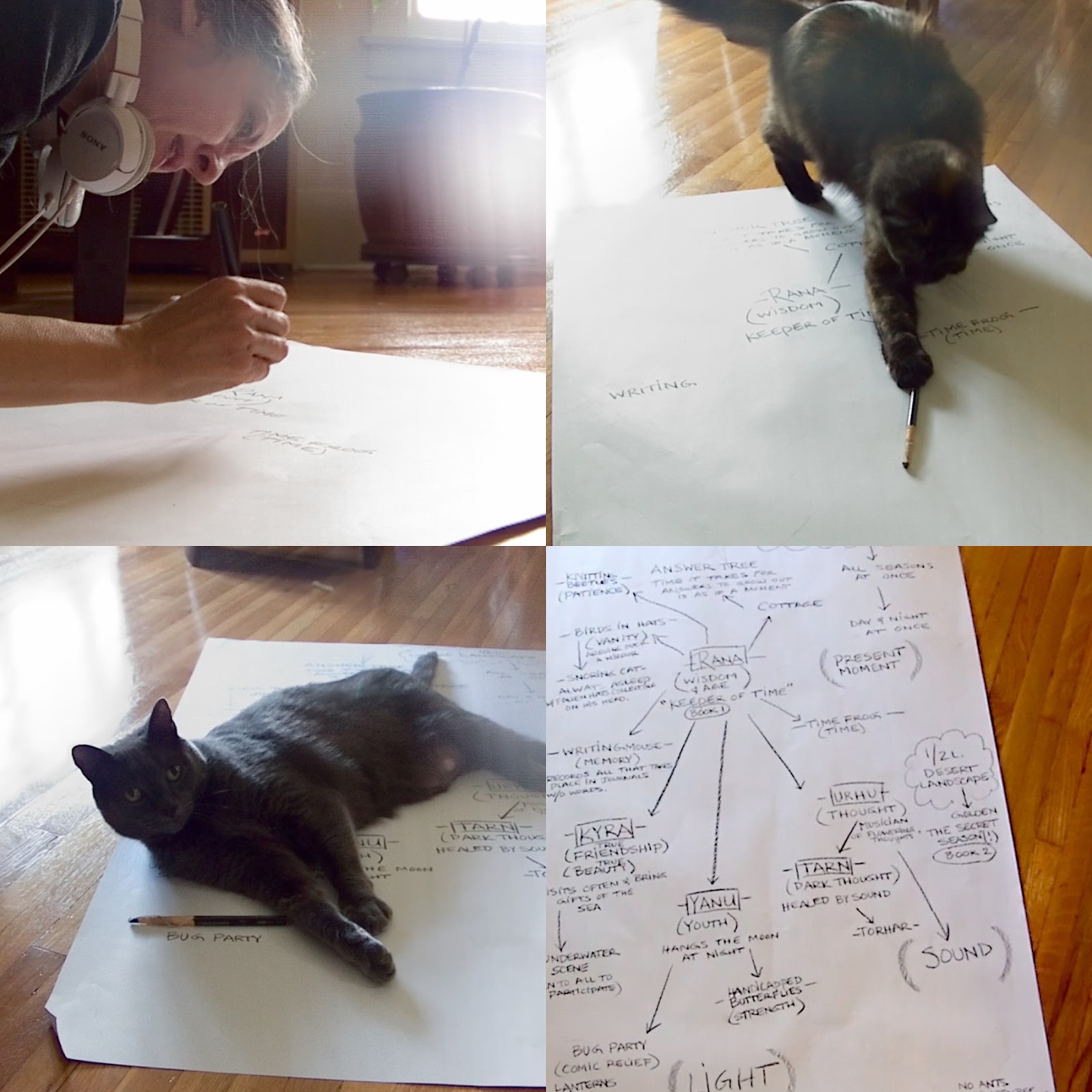 While working on Rana's costume recently, I realized what she symbolized, as well as what all other characters in the story were. Had to write it down quickly on an over-sized sheet on the floor while I had a hold of the threads. Helpful cats were helpful.

I kind of feel as though if I had made Halfland before this new understanding of how the metaphors and symbols connected into the story then I might have missed what it was really about.

A few days later, I also realized that each day in Halfland was equivalent to a year in our world and that the four akts of the story occur thusly:

Having the story diagrammed helped to organize where the meat was located for Halfland printed storybooks. Book 1 is entitled The Keeper of Time and covers meeting Rana at the Answer Tree cottage and her happy visit from her beautiful friend Kyra. Book 2 is called The Secret Season and takes the reader along on their crucial trip into the golden desert finding help for an injured friend.

So simple, yet so fulfilling for this film.

Surprises that day: Writing Mouse acts as "memory" for Rana and whispers things that have happened into her ear as he's been keeping written record. The crow woman, Tarn represents "dark thoughts" and is ultimately brought to light through sound by the sage musician.